After you’ve spent all this time making sure you have the right amp, guitar, pickups, cables, and pedals, you’ll want to make sure it makes it out of the PA the way you want it to sound too. It would be a waste to spend all that energy and money building a guitar rig, only to have a mic slapped in front of your amp and fighting against the tone you are going for.
The mic is responsible for conveying the punch of your speaker and the brightness or darkness of your sound. Here are the steps and principles to micing an amp:
#1 Find your speaker 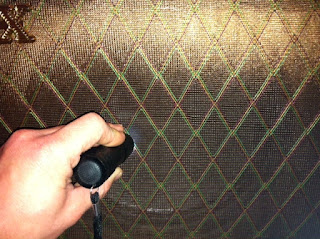 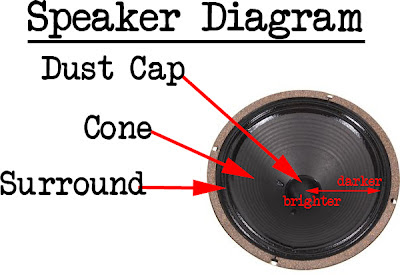 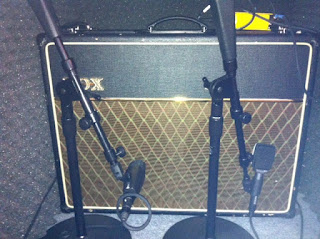 The most common mic you see used is a SM57. This mic has been used for live and recording forever. This mic uses the exact same capsule as its counterpart the SM58. The main difference between the two is that the SM57 has a shorter grill which allows you to have a closer proximity to what you are micing. The SM57 is a rugged mic that will be a total workhorse to have in your arsenal.
The mic I prefer is the Sennheiser E609. Like the SM57 it can handle loud amps well without causing the mic to distort. It has an increased frequency response from the SM57 (E609 – 40hz to 18khz vs SM57 – 40hz to 15khz). The increased frequency response gives you more brightness and clarity, which is something you may or may not want.
The MD421 is an amazing mic to use on your speaker. It also pairs very well with the SM57 or E609. The MD421 is characterized by  being brighter mic, but with balanced lows .
#3 Know where to place the mic
This is an intense topic, and has been full chapters in books. But I am going to try to explain it in a few simple steps. 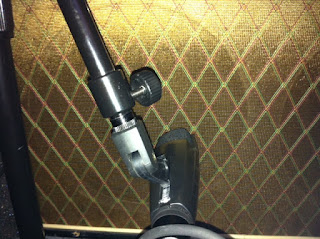 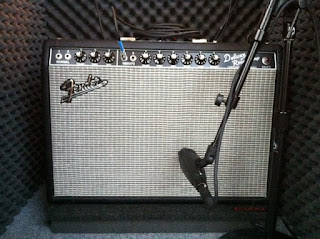 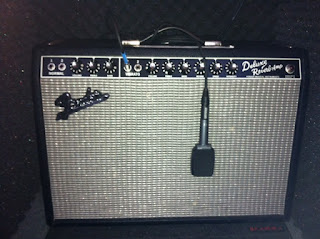 Now knowing all the principles, Go experiment!
The reason I want you to know these things is that you don’t work against yourself. What I mean is this:
My Guitar is too bright, so I darken it in with my tone knob and eq on my pedalboard. But now I turn up my treble on my amp and then mic it close to the dust cap and end up with a brighter sound. Now I ask the sound guy to roll off a  bit of the highs. We just added and removed frequencies 5 times, when we might have been able to solve your brightness problem by rolling off a bit of the treble on the amp and then micing closer to the surround.
Ya dig?
Posted by Ted Strange at 9:04 AM

The goal of this blog is to provide a different approach to worship guitar and share the things that I have learned to other guitarist.